Did You Miss A Great Year In the Markets?

When you time the markets, you miss great years.

Here are the performance numbers for major investment indices for 2019, year-to-date through December 26.

By all accounts, this was a banner year for many asset classes. Bonds are up over 8%. But somehow, I suspect many people did not participate in this growth because of the market volatility that occurred in 2018.

The past two years will go down as great examples of how volatile markets can affect investor behavior.

Last year, 2018, was the worst year in the markets since 2008, and it all happened within the last three months of the year. Sometime around October 2018, the market started nosediving and didn’t begin a recovery until early 2019.

As a result, many investors were hesitant to invest in 2019. They were sitting on the sidelines waiting for the next crash..and waiting..and waiting… This is a classic behavioral investment mistake that we’re told never to make—Don’t Time the Market!

Now the market is much more expensive—they’ve all missed out.

Let’s look at the numbers….

Here are some pictures of ACWI, which is the iShares ETF representing global equities, and the hypothetical growth of a $10,000 investment starting at various time periods.

Market Timer: “I can’t believe I picked this year to invest—I’m out!” 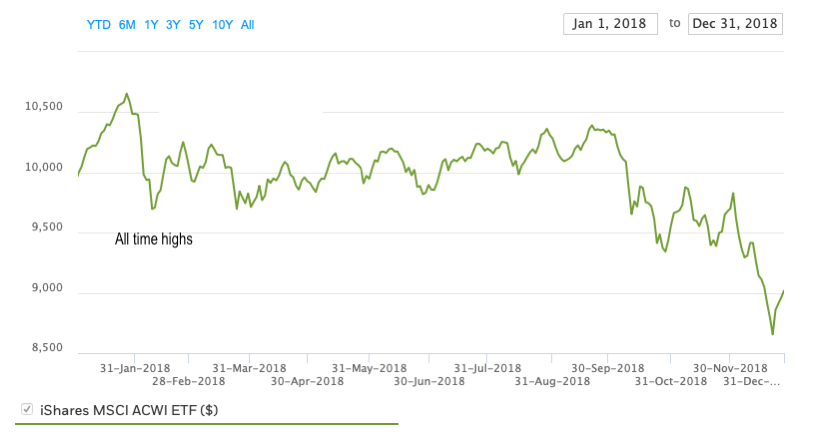 Market Timer: “Well I can’t get back in now, I have to wait until it dips again…” 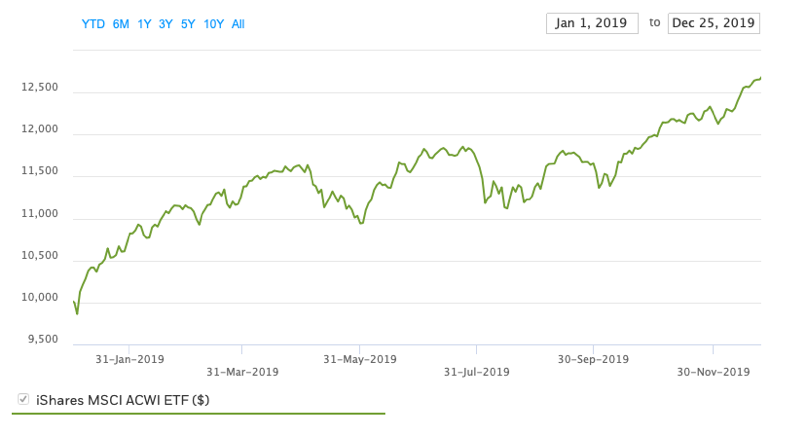 Here’s both years put together, which provides a better perspective. If our original January 1, 2018 investor stayed invested (or kept investing through the dips), they would have close to $11,500—about a 15% return in two years. Not bad. 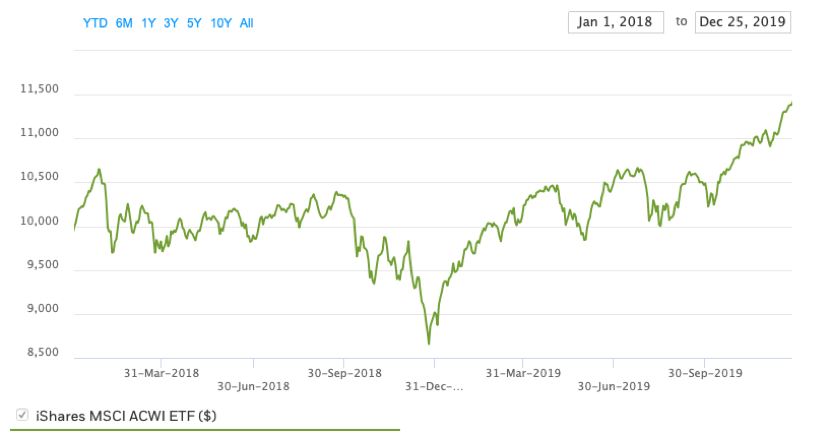 Finally, here’s the most important chart. It’s the chart that shows how someone would have fared if they invested on the eve of the market collapse in 2008. Despite buying into the market at the very “top” in 2008, this long term buy-and-hold investor would still have nearly doubled their money by today. 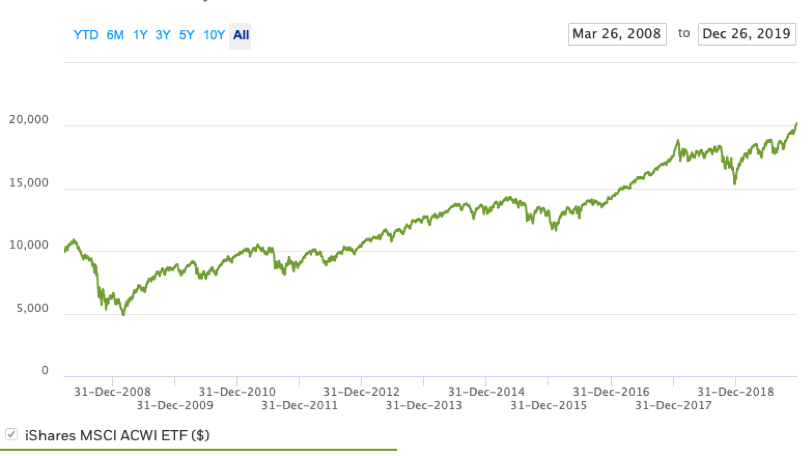 Most people would sell, and who could blame them? This chart just shows why selling is not the right move.

A good advisor will provide this perspective and hold you accountable during the time of crisis. You’re more likely to stay the course and realize that volatility is OK over a long investment horizon.

For all the people sitting on cash in 2019 waiting for the next “crash”, good luck. These charts show that crashes don’t kill investment returns over the long term-they’re more like traffic jams on a cross country journey.

An occasional traffic jam is much better than sitting on the side of the road waiting for traffic to clear because you’re too impatient to drive. You’ll never get anywhere like that.