Inexperienced investors have trouble relinquishing their hard-earned funds to the ebbs and flows of market returns. 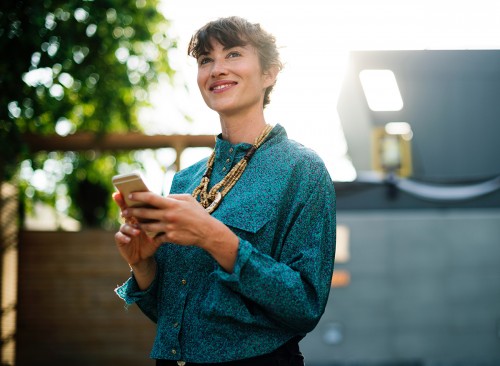 Inexperienced investors have trouble relinquishing their hard-earned funds to the ebbs and flows of market returns.   People just don’t want to buy and hold for the long term because there is a sense that boring diversified portfolios should be "doing more", or that investors should frequently react to market forces.

Rather than investing in a portfolio of low-cost index funds with an appropriate asset allocation and risk tolerance, and then stepping back (other than to rebalance and harvest tax losses), many young investors pay attention to market swings and act on impulse. They listen to pundits and succumb to media pressures to react in fear. Despite warnings, they try to time the market.

The Horrifying Results for Most Investors

Several studies have shown that the vast majority of all investors fail to achieve the returns of their own investments.

It sounds impossible, but let that sink in.

How could that be? This article elaborates. Emotions like fear and greed cause investors to buy and sell investments at inopportune times, which has a massively negative effect over the long term.  Here is a blurb that sums it up:

"The best-performing mutual fund from 2000 to 2010 was the CGM Focus Fund (CGMFX), which returned more than 18% annualized despite a flat S&P 500. The fund's outstanding track record would have turned $100,000 into more than $500,000 over those 10 years. The only problem? According to Morningstar, the average investor in the fund actually lost 11% annually over those same very successful 10 years. That is not a typo: The fund gained 18% annualized, but its average investor lost 11% annualized. You're not crazy to ask how that is possible."

The difference between the investment (18%) and investor (-11%) is 29%, annually. This “behavior gap” is the main culprit in most investors’ lackluster market performance. This is an extreme case, but behavior gaps are actually common for the majority of investors. Perhaps the ultimate authority on this issue is Carl Richards, who penned the highly influential book, The Behavior Gap.

The key takeaway is that too much action in an attempt to exhibit control over an uncontrollable situation can make things worse. Too much buying at the highs and selling at the lows turns the stock market into a casino.

The Bigger Problem – We Want to Feel In Control, Even If Control Is Illusory

The behavior gap goes deeper than investing. It appears in other situations where we need to feel in control, despite not adding value through additional action.

We should only focus on the things that matter and that we can control. So if something either doesn’t matter, or we cannot effectively control it, we shouldn't focus on it.

Think about traffic. How many times have you taken a shortcut due to highway gridlock? For most people, the idea of rolling 10 – 20 mph until a destination is unacceptable. Soon, drivers are zig-zagging through lanes and back roads, often resulting in a more stressful commute without any real time savings.

The notion of “I should be doing something” or “There must be a faster way” or “Why aren’t we moving?” is a natural response from our reptilian brain that can, even with the best effort and intentions, completely undermine results.

There is a huge difference between actual control and a sense of control. In psychology, this is known as the illusion of control, which is one's overestimation of their ability to control a situation.

The Power of Simplicity and the Minimum Effective Dose

Simplicity and effectiveness just don’t mix for many of us. If it’s simple, there must be a way to improve results with additional effort. While additional efforts may increase results marginally, many times they generate diminishing returns, and sometimes they can impede success.  In the medical field, the concept is known as the "minimum effective dose" to achieve the desired result.

The point is that by focusing on the most important inputs, that imperative 20%, one can achieve substantial results with simple, concentrated effort. Additional effort over the necessary activities will produce severely diminished returns and could possibly undermine results.

This isn’t an argument for only giving 20% effort or only achieving 80% of potential—it’s about identifying the most important items and executing them with commitment. It's also an argument against getting caught in unnecessary actions that cost time, money, and stress when there is a simple formula for success.

Most investors don't need to beat the market to reach their retirement goals, especially those younger investors with longer time horizons. The truth is that there is a minimum effective dose for investments where simple steps can achieve the desired and required results for a successful retirement. The first is understanding what we can control with investments.

We can't control market returns, so we should stop paying attention to that.

So what can we control?

Asset allocation and cost. That’s it. You can control risk tolerance and fees. This is why many investors choose to invest in low-cost index funds.

So the criteria for investing action is this:

These steps could be considered the minimum effective dose for successful retirement investing. It will generate market-like returns that compound over the long term, with minimal costs and taxes.

The obvious question is:  Why would I want to achieve less than my investment potential? The answer is twofold.

First, if this strategy produces all you NEED to retire, then why do more? Second is that committing the substantial additional inputs (that extra 80%) of technical analysis, research, and round the clock monitoring is something most investors either aren't capable of (as shown above) or can't afford to outsource.

Sure, there are plenty of situations where active managers need to do everything possible to achieve returns. Think of hedge funds, institutional managers, and really anyone managing a portfolio with a mandated necessary rate of return to meet payment obligations (such as a pension fund).

But for those saving for retirement, the formula for long-term success should be simplified to remove the short-term stress of market volatility and the unreasonable burden of squeezing every possible dollar out of the market.

Just know your goals, stick to the basics, and let the compound interest build your bridge to financial freedom in retirement.

If you have questions about your portfolio or need help implementing any of the steps outlined above, schedule a call with Claro Advisors today!

Disclosure:   Claro Advisors, LLC ("Claro") is a registered investment advisor with the U.S. Securities and Exchange Commission ("SEC"). Information contained in this post is for educational purposes only and is not to be considered investment advice. Claro provides individualized advice only after obtaining all necessary background information from a client. Please contact us This email address is being protected from spambots. You need JavaScript enabled to view it. with any questions.