My last article highlighted a few noted shortfalls of the 4% rule--namely that the world is too complex for such a simple strategy, in practice. For many retirees, the 4% rule alone is not enough. 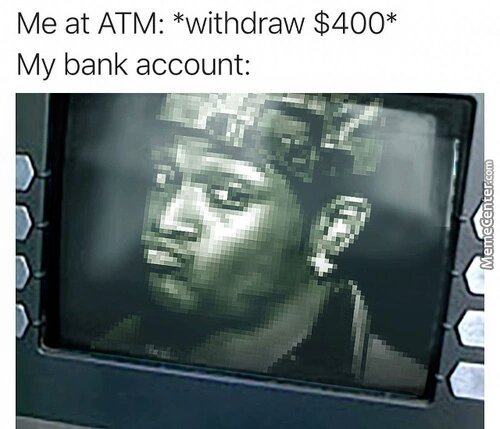 Here, I'll explain a few strategies to mitigate the known dangers of retirement that the 4% rule can't account for.

With some simple calculations and basic understanding of asset allocation, retirees can implement some combination of these strategies with success.

The bond tent calls for retirees to have the highest allocations in bonds at retirement with a slow spend down of the so-called “safe assets,” which over time brings the portfolio allocation more towards equities.

The thinking here is that there is a statistical retirement “danger zone” of ten to fifteen years around the retirement date when our retiree is overly sensitive to market corrections.

Think about someone that in 2007 was on track to meet their savings goals for a 2010 retirement, but never rebalanced their account. In 2009, the account could have dropped by 40% or more, and didn’t recover until 2013.

That person either delayed retirement or, perhaps worse.

This is referred to as retirement date risk. No one knows where the market cycle will be when they turn 67. The bond tent provides insulation.

The Bond Tent strategy would call for this person to shift their account mostly to bonds during the final decade leading up to retirement and spend down those bonds for the first decade of retirement.

Entering the second decade of retirement, and close to 80 years old, our retiree has a reduced sequence of return risk for the remainder of retirement.

Here’s a chart, and much more in depth explanation, from financial guru Michael Kitces.

I’ve talked about this before. It’s somewhat similar to the bond tent in that it seeks to keep sideline assets earmarked for several years of withdrawals in the event of a downturn, while riskier assets can stay invested and recover.

Unlike the bond tent, which only recommends an increased fixed income and cash allocation, the bucket strategy earmarks all assets in the portfolio as short-, middle- and long-term buckets.

As the retirement continues, there are always five years of planned withdrawals, but the long and middle buckets grow smaller. By age 83 or so, there would be a very small “long” bucket, a modest “middle” bucket, and the same-sized “short bucket”.

This is just another way to insulate the savings from macro events in the market.

This strategy, often referred to as the “guardrails approach”, says the following:

This sounds really confusing, here’s an example. Suppose that our retiree starts with $1,000,000, plans to take $40,000 in year one, and inflation is 3.5%.  At the end of year two, this is how we would apply the suggested rules in various scenarios.

This article actually says the initial withdrawal rate can be higher than 4%--actually it can be 5.2% - 5.6%. I would suggest sticking with 4% to be safe.

Most years will be inflation increase or no increase (modest gains or losses). But after big swings, there will be a meaningful change in withdrawal rates.

Again, none of these strategies are a silver bullet. In fact, many of them have harsh critics. No single withdrawal strategy is perfect. These, though, should collectively provide appropriate direction for retirement withdrawals.

At the very least, these strategies keep retirees attentive and proactive in managing withdrawals—and this alone has a massive positive effect.

Disclosure: Claro Advisors LLC ("Claro") is a registered investment advisor. Advisory services are only offered to clients or prospective clients where Claro and it's representatives are properly licensed or exempt from licensure.

Past performance shown is not indicative of future results, which could differ substantially.

The information provided is for educational and informational purposes only and does not constitute investment advice and it should not be relied on as such. It should not be considered a solicitation to buy or an offer to sell a security. It does not take into account any investor's particular investment objectives, strategies, tax status or investment horizon. You should consult your attorney or tax advisor.

The views expressed in this commentary are subject to change based on market and other conditions. These documents may contain certain statements that may be deemed forward‐looking statements. Please note that any such statements are not guarantees of any future performance and actual results or developments may differ materially from those projected. Any projections, market outlooks, or estimates are based upon certain assumptions and should not be construed as indicative of actual events that will occur.