The Roth IRA may be the holy grail of personal finance. For those unfamiliar with the difference between Roth and traditional retirement accounts, here is a brief synopsis and an example to illustrate. 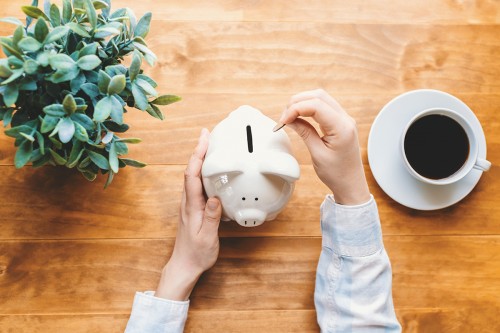 A traditional IRA or 401(k) is funded with (mostly) pre-tax funds, where the principal balance grows tax-deferred, but is subject to unfavorable ordinary income tax rates upon eventual distribution. In order to avoid perpetual tax-deferment, there are mandatory liquidations (known as RMDs) for account owners older than age 70.5.

A Rdoth IRA, by contrast, is funded with post-tax funds and never taxed again.   There are no distribution requirements to force taxable income, so essentially - any time money enters a Roth, it is taxed in the year of contribution and then never again.

In other words, getting money into a Roth account is equivalent to setting it free from taxes forever.

Most conversations regarding Roth accounts involve choosing between Roth or traditional based on taxes, such as whether one should:

The common thread for each above decision is that there are additional taxes paid when choosing Roth vs. traditional, and so tax rates should drive that analysis. If one’s tax rate in retirement is lower than traditional contributions make sense.

Here is an example of two scenarios with an individual saving $10,000 for retirement. Assume our individual receives a $10k bonus that they will invest for retirement at an annual 6% growth rate, and is deciding between a Roth or traditional IRA. In one scenario, the tax rate during the working years is 25% and drops to 15% in retirement. The other scenario has opposite rates, with higher tax rates in retirement.

In the first scenario, the traditional account nets greater funds in retirement, where the opposite is true in the second scenario. Again, the only variable is tax rates. This obviously doesn’t favor any earner at the highest marginal tax bracket.

Aside from tax rates, a high income prohibits many individuals from directly accessing Roth accounts. Any individual earning more than roughly $130k or a married couple earning more than roughly $190k is significantly limited or flat-out prohibited from contributing to a Roth IRA account (although they can contribute to a work-sponsored account, which brings us back to the tax rates analysis above).

So, when conducting analysis, often times high earners realize that (1) it doesn’t make financial sense to utilize a Roth based on tax rates, and (2) even if it did, they are precluded from doing so based on the income limits.

But there’s another way for high earners to achieve tax-efficient savings in Roth accounts, and it’s called, colloquially, the “backdoor Roth”.

Here’s how it works.

Anyone with sufficient earned income can make a nondeductible contribution of $5,500 to a Traditional IRA. This means they contribute post-tax money to a Traditional account that grows tax-deferred but is still subject to the burdensome taxes and distributions requirements in retirement.

Once they make that distribution, they have a “tax basis” in the account of $5,500, or whatever their contribution was. Any growth on that principal is tax-deferred until distribution.

If our individual shortly thereafter converts the entire amount to a Roth, they would only pay taxes on growth between contribution and conversion, which is usually very small. If there is no growth or very little growth, this is effectively the same as contributing directly to a Roth.

And this can be done systematically every year.  Why is this so good?

Let’s compare 20 years of a $5,500 contribution with 6% annual growth between a Traditional and Roth IRA.

The Roth post-tax value, of course, is no different from the account balance.

Exceptional results are the aggregate of many small victories, and here is an example of that.

First, there’s a reason why this is called the “back-door Roth”. It’s a bit of an end-around the IRS rules that disallow Roth contributions from high earners. While you can be systematic about the process (contribute to Traditional IRA and convert to Roth a short time thereafter), you certainly want to spread it out a bit to avoid the IRS step transaction doctrine.

Disclosure: Claro Advisors, LLC ("Claro") is a registered investment advisor with the U.S. Securities and Exchange Commission ("SEC"). Information contained herein is for educational purposes only and is not to be considered investment advice. Claro provides individualized advice only after obtaining all necessary background information from a client. Information contained herein is taken from sources believed to be reliable, but cannot be guaranteed as to its accuracy. It is for informational and planning purposes. Nothing herein shall be construed as an offer or solicitation to buy or sell any securities. Nor is it legal or accounting advice. Investing carries risks and expenses and involves the potential loss of investment. Past results are not indicative of future results.